Reedham Children’s Trust provides support for vulnerable and disadvantaged children and has done so for 175 years. They have adapted their services as social needs change, always seeking the most innovative and effective ways to help. Collaborating with grassroots organisations and schools to offer practical, emotional and inspirational support, helping to raise aspirations and transform the lives of vulnerable children.

Due to the efforts of Congregational Minister the Rev. Dr Andrew Reed, Reedham originated in 1844 as “The Asylum for Fatherless Children”, later to become the Reedham Orphanage or "The Home on the Hill", then Reedham School. During the 1950s and 1960s the changing social scene led to a decline in the population at the school and in 1979 the Board reluctantly decided to close the school, demolish the building and sell the land to fund what is now the Reedham Children’s Trust.

Today, the Trust is actually housed in the original entrance lodge to the Orphanage. By 1979 and the closure of Reedham School, Beaumont Primary had been built "on the hill" to take over the teaching and together with other modern schools provide an education for all children who could be cared for in their own homes. Beaumont is proud of its links with Reedham and in 2016 were delighted to be invited to participate in an Art competition organised by The Reedham Children's Trust celebrating the Queen's 90th birthday. The Queen is Patron of the Trust and pupils from all year groups designed cards and pictures which were presented to Her Majesty and we have received letters of thanks from Buckingham Palace. 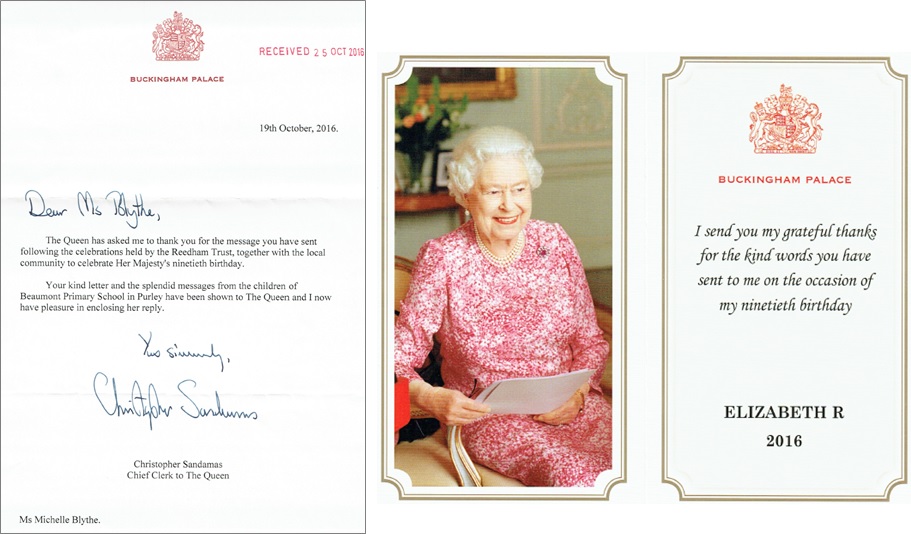